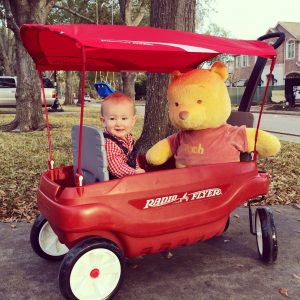 “If there every comes a day that we can’t be together, keep me in your heart, I’ll stay there forever.” -Winnie the Pooh

John “Moss” Pieratt, Jr. was born on February 5, 2013 in Houston, Texas and passed away on April 26, 2014 in his parent’s hometown of Austin, Texas. The day of his death, Moss’s parents (Jessica and J. Pieratt) were home while Moss took his morning nap. When Jessica went to check on Moss, she found Moss unresponsive in his crib. The couple frantically tried in vain to resuscitate Moss until the Austin Fire Department and EMS arrived, who were able to regain a heartbeat. Moss was then rushed to Dell Children’s Hospital and put on life support for the next thirty hours. After exhausting all avenues to save Moss’s life, Moss was taken off life support while being held in his parents arms.

Unwilling to accept that an otherwise healthy and happy boy without a history of chronic illness could suddenly pass away without explanation, Moss’s family independently researched and scoured medical sources, looking for any kind of possible explanation behind the sudden death of their beloved little boy. The Pieratt and Jenkins Families were eventually led to The Sudden Unexplained Death in Childhood Foundation, a 501(c)(3) organization dedicated toward research and awareness regarding the sudden unexplained death of children over the age of 12 months that remains unexplained after a thorough case investigation is conducted.

Though he was just short of turning fifteen months old at the time of his death, Moss made an indelible impression on those he met, whether friends, family or complete strangers. Moss simply delighted in the company of others and truly loved people. Music was a common thread throughout Moss’s life, whether listening to Wee Sing Bible Songs at home (or in the car) or attending music class with friends in Houston. Music was also a large part of Moss’s favorite TV shows, Sesame Street and Daniel Tiger’s Neighborhood. These memories and attributes, above all else, capture the spirit of Moss and how his family and friends remember him to this day.